almost a half century. 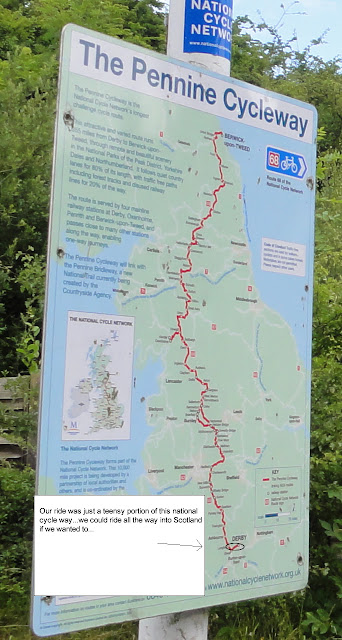 This past Saturday, we went for a long bike ride.  We utilized the National Cycleway Network, following route 68

We left Derby and headed toward Ashbourne.  Our ultimate plan was to pick up the Tissington trail in Ashbourne, and go to the end of the T.T. and then just double back. making for like a 63 mile ride, or something like that.

However, once we got to the Tissington Trail head, I crashed and burned. (Lots of dogs, people, little kids.  yeah, i totally lost control and slid right into a little girl.  she was fine.)  I bent the heck out of the rear derailleur hanger, and was really, really, embarrassed.  Tons of people just stopped and stared.  no one offered to help me up.

I limped off to the side, Josh managed to get my bike going again.  and seeing just masses of crowns pouring out of the trail, we opted to just turn around and go home.  We realize that if we had kept on going, that crowns would have thinned out.  but um, we weren't really in the mood.  so we had a quick snack and doubled back home.  All in all, it made for a 40-something mile ride. (and that almost 5 hour  trip-tick includes out snack and sight-seeing stops, we're slow, but not that slow)


It was a hilly ride.  still getting used to all these darn hills...here's the profile. (elevation is determined by barometric pressure on our gps unit, so as you can see, the pressure changed during the ride..so the halves aren't exactly symmetric.)

And of course we saw a few neat things along the way...
one of the cattle corridors we had to cross through on the route.  The route took us on some gravely trails, some paved trails, and some sleepy 1-lane farm roads (with lots of blind turns and cars that, then they're present, whip around those corners like you wouldn't believe. 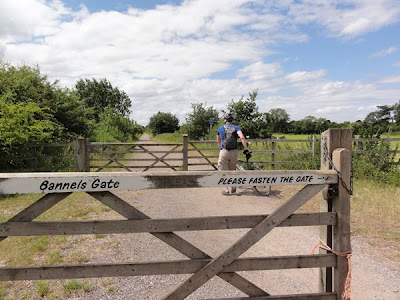 Argh!  The hose attachment to josh's water bladder in his backpack came undone! 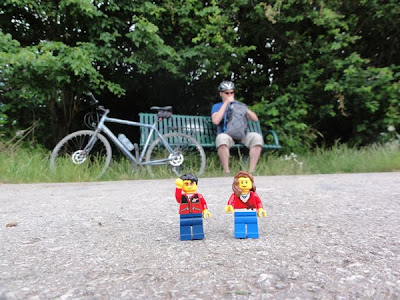 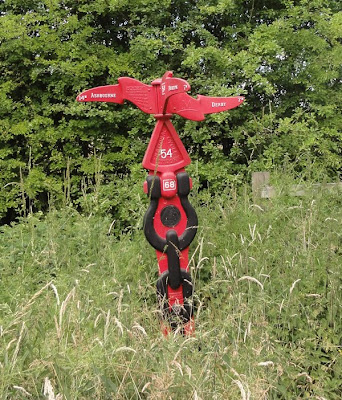 Somewhere in the middle of the country 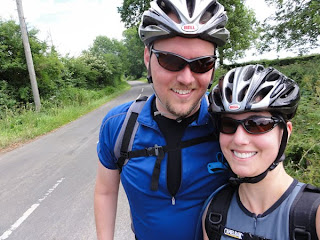 Neat tunnel we got to ride through as we entered Ashbourne 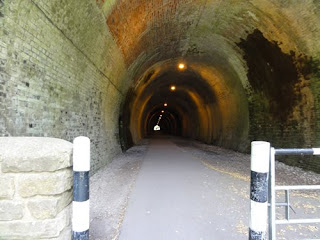 On the way home, we saw signs for the World Peace Cafe.  We saw signs for it on the way out, and thought we should stop now on our way back.   so we trudged across a field and came across this huge old building. 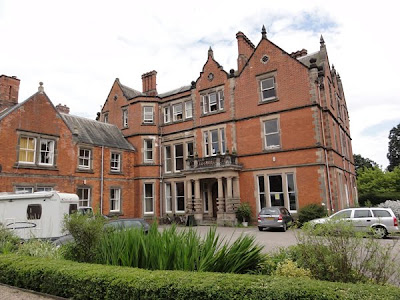 Turns out, this is a Buddhist meditation center/retreat.  The Cafe is open to all, but we still got weird looks.   (maybe because we were all spandex-ed out, in bike shoes, helmets in hand...while everyone else was either in the red/yellow Buddhist/monk outfit, or in yoga-ish clothing) 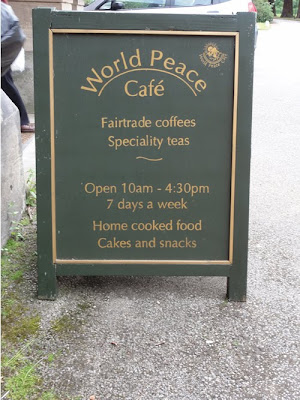 We grabbed a table with our Chai lattes just outside the doors to cafe (but still inside), so that we wouldn't disturb anyone.  we were directly across the way from one of the meditation rooms 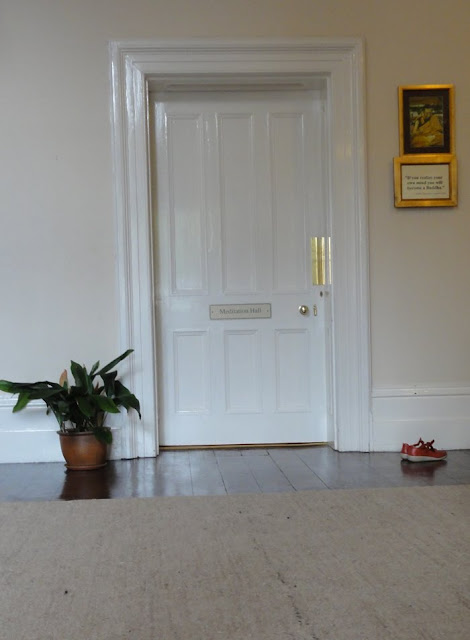 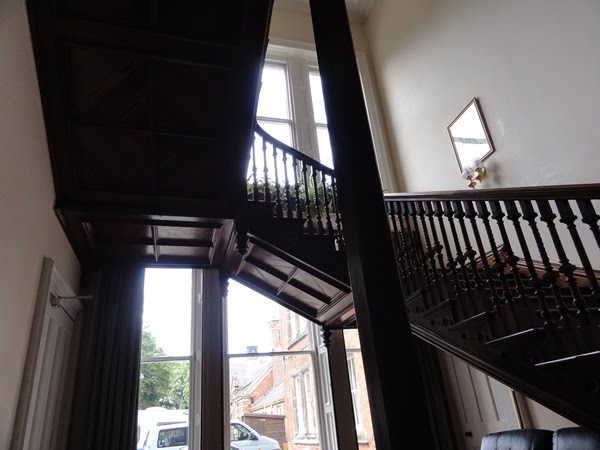 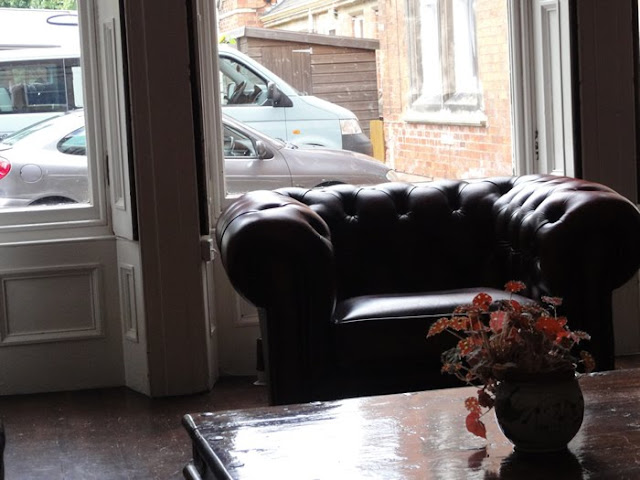 This chair would SO match our sofa back home!!!  think the Buddhists would miss it?

We exited the retreat center though it's gardens and paved drive that was lined with HUGE pines.  beautiful. 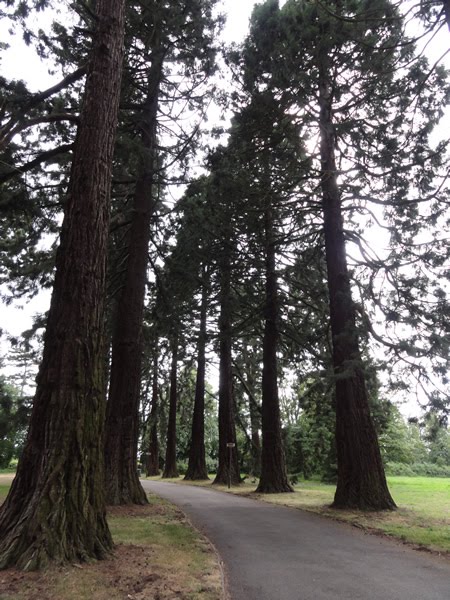 Oh, and after that, the cycling path takes a little overpass over a sheep farm.  we were there just as a herd was being unloaded from a truck.  my camera battery ran out just as I was getting to show the truck.  oh well.  the Baaaing was too funny.

Sunday, 4th of July was just a cookout with some other Americans.  The irony over the fact that we're celebrating our Independence Day in the country, from whom we declared our independence, because our spouses work for a British company and our livelihoods depend on that country, was not lost on us.
Posted by Ann Clough, The Crown Lady at 9:30 AM