Ok, So i'm just copying and pasting the email Josh wrote to family, and posting the pix.  sorry if things don't correspond.

[Note: As Saturday's activity involved both bikes and beer, Josh is writing this one...]

This past weekend, we finally went out for our first bike ride in the UK.  Our primary goal was to travel on the public bridle path we discovered on a previous hike and ride across the English countryside, hitting up Kedleston Hall (a proper English "estate home") along the way.

I'm attaching a couple of pictures from the GPS software that shows the route we followed.  After getting through Markeaton Park, we went on the bridle path, which was amazingly beautiful.  It is just a narrow stretch of dirt that cuts right across a private farm, but because it has been used for hundreds of years, the public still has the right-of-way on this path. 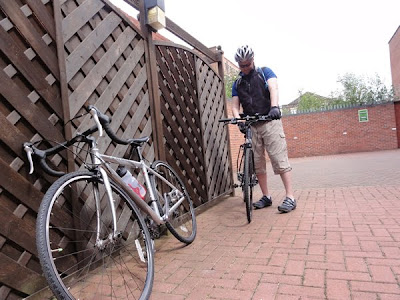 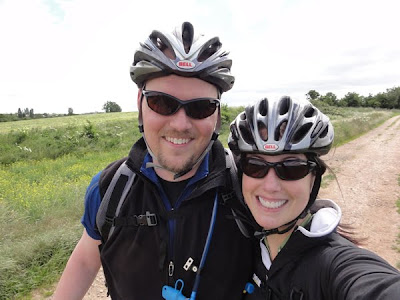 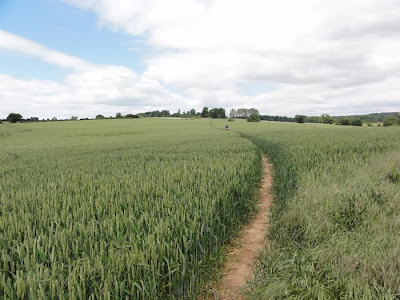 After getting out of the wheat fields, we had to circle the Kedleston grounds on real roads until we finally reached a gate to the North.  Since we were on bike, we didn't go far at Kedleston, but Ann was able to snap a couple pictures from the front, and we discovered that there was a big antique fair going on that weekend. 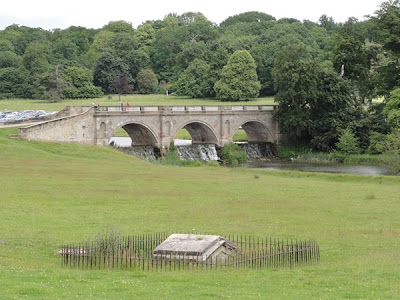 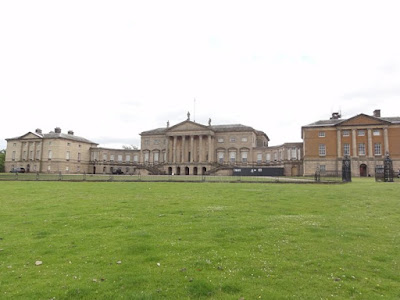 After Kedleston, Ann and I were both starving, so we decided to ride up to a nice pub with outdoor seating in the village of Quarndon for lunch.  The pub, called "Joiners Arms," was also something we spotted on our hike the previous weekend.  Our lunch consisted of pints of Marston's Pedigree and the best toasted ham and cheese sandwiches I've ever had.  Pork farming and cheese-making is huge out here, so our sandwiches were made with real slices of fresh ham and two different kinds of local cheese.  The beer was incredibly satisfying as well.  The Pedigree pint glasses had cricket-themed engravings on them, and when you finished the glass, you've "Run Out" (which is apparently a cricket term).

The pub owner was an older gentleman who was very friendly considering the fact that two spandex-clad American came to his pub and asked to sit at an outdoor table even though it was a cool and windy 60F outside.  When we took our plates and glasses back inside after the meal, he was sitting with a few of his patrons, drinking beer and discussing the previous day's World Cup match.  If you didn't catch it, which is quite likely if you are American, the match ended in a draw, which to England is the same as a horrible loss.  So here's a quick lesson in "English" for you all: Just say "Garreth Barry held the middle, but Rooney and the others around him just didn't look fit." 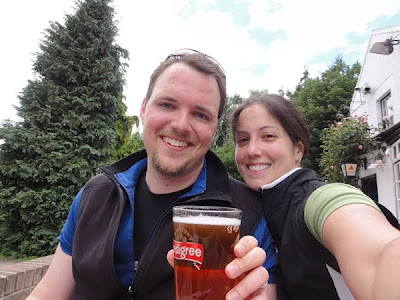 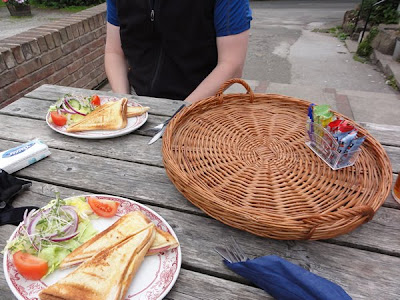 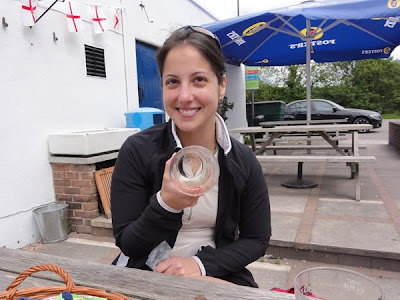 So anyway, after our nice pit stop of beer and sandwiches, we enjoyed the mostly downhill route back home and had a fairly low-key evening.  In all, it wasn't too long of a trip - we went about 13.5 miles in total - but it felt much longer because a) these bikes are a lot heavier than our real bikes at home, and b) the countryside here is MUCH hillier than Indiana.  So by the end of the ride, we were both beat.

On Sunday, we decided to drive back to Kedleston to check out the Antique fair.  It was really fun to see what antiques are like in a country that has been civilized for centuries longer than ours.  There were lots of suits of armor and replica swords and other interesting things like that.  The company running it is called "Jaguar Fairs," so they also had a Jaguar collectors show off to the side. 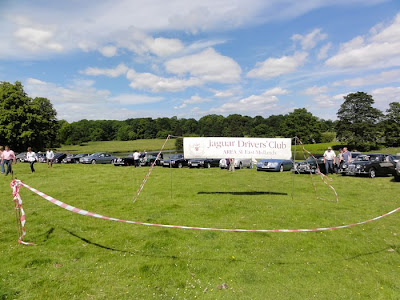 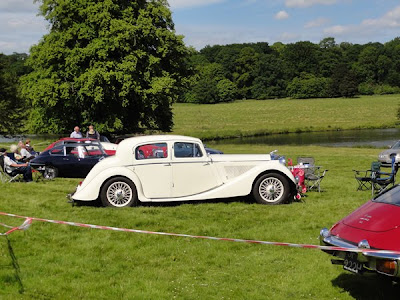 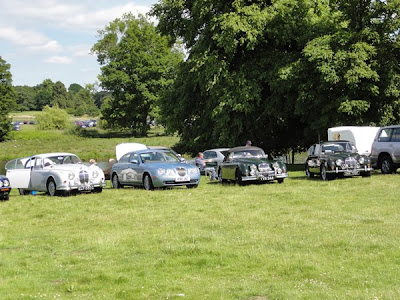 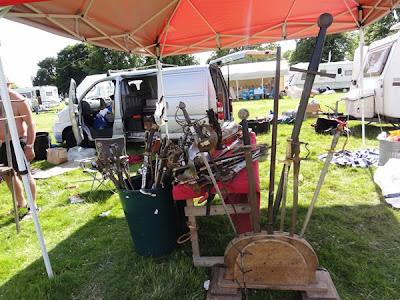 That's it for this past weekend.  It's taken me this long to finally type it up because we've been going on bike rides around the many public paths after work for the past couple of nights.  No pictures from those yet, though, so we'll have to work on that.

(on that topic, we rode to Elvaston Castle the other day.  GORGEOUS grounds.  it was an awesome bike ride.  didn't have my camera on me...will take it next time as we will be going back.)
Posted by Ann Clough, The Crown Lady at 5:18 PM